Never Gets Any Easier is a visual novel & point and click investigative game that takes place in a seemingly prestigious game studio, Bastet Case Studio. The studio has released multi-million dollar products for over two decades. As a headstrong HR worker, players speak to others at the studio to help solve a flurry of problems studio members deal with, to ensure the company can keep going and the products get released on time. Or at least, that’s what the original plan was. The more players dig through the company's secrets, the more dirt they find.

Icons made by Freepik from www.flaticon.com 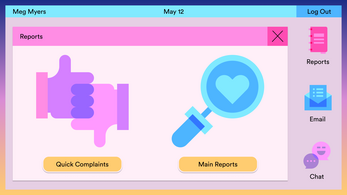